Hear the Hawaiian Oboe live in concert! For dates and locations of events, click here.

In 2017 Hawaii Symphony principal oboist J. Scott Janusch asked LMA to become fiscal sponsor for an exciting new project. As his gift to the Hawaii community that has nurtured his professional musical career, Scott is directing the creation of a new oboe made of native Hawaiian kauila wood, and also the commissioning of a new musical composition featuring the kauila oboe. The oboe has been constructed at Howarth’s of London, and Jon Magnussen, noted Hawaii composer and professor of music at University of Hawaii – West Oahu, has composed the new work.

The new oboe was received in December 2018, and Magnussen’s new composition is ready to be performed in April and May 2019. Scott will perform these first concerts introducing the kauila oboe, presented in chamber form by Chamber Music Hawaii and Live Music Awareness, and in symphonic form by the Hawaii Symphony. LMA will retain ownership of the instrument, see to its ongoing care and maintenance, and control its use for concert and educational purposes into the future. 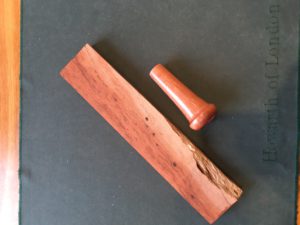 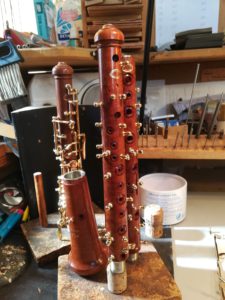 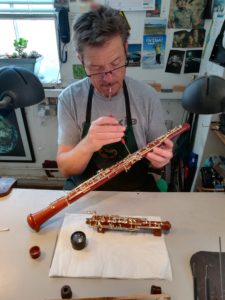 Here is a video of Scott introducing the almost-completed Hawaiian kauila oboe. It looks and sounds gorgeous!

The total cost of this project will be about $40,000. Your donations are most welcomed. To contribute to this exciting project, please use the form below:

LMA welcomes proposals for new projects that further our musical and educational mission. If you are seeking a fiscal sponsor for your musical project, large or small, please contact Marsha Schweitzer at livemusicaware@aol.com.